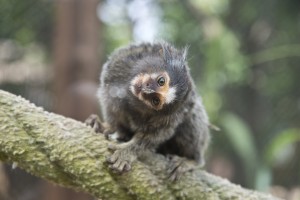 We all know what forgiveness is, don’t we?

But what actually is it?

If you’d been asked to explain to an alien what makes humans tick, and she was particularly interested in the concept of forgiveness, what would you tell her? As you can undoubtedly see, I’m not a fast thinker. I was pondering this question last year – not for the benefit of an alien of course – and I realised it’s quite hard to define, without actually using the word forgive. And if you don’t know what forgive means, then…

So, it occurred to me that one way of explaining it would be to describe the steps taken when you’re forgiving someone – a step by step guide to forgiveness, or perhaps Forgiveness for Dummies.

Okay, you have a go and remember you can’t use the words forgiveness or forgive. So, step one is…

I couldn’t think of step one. Could you? If you could, please let me know.

So, I decided to think about everything that I knew – or thought I knew – about forgiveness. Firstly, it should bring peace to the forgiver. Harbouring a grudge can result in pain for the person who has already suffered. The one who needs to be forgiven may not be bothered if they’re forgiven or not and in some instances may be unaware of whether they’ve been forgiven. So, forgiveness is important to the potential forgiver but not so crucial to the potential forgivee (I’m not even sure there is a word forgivee, so I hope you see what I’m getting at)

Secondly, forgiveness is not the same as forgetting, despite them often being put together. Isn’t there a phrase ‘Forgive and Forget’? I think the forget aspect of this phrase often puts people off the forgiving part. After all, if someone has hurt you, it’s very hard to forget, especially if you’ve got a good memory. There are no rules that I am aware of which state that you have to do both together – it’s up to you whether you forgive, forget or do both at the same time. However, for me, it’s easier to forgive than forget. Of course, you may have other ideas about forgiving and forgetting!

Did any of that help? No, not really. So, I decided to consider how I would know if I had forgiven someone. Well, the answer to that is obvious, isn’t it? I would just know.

But would I? If I couldn’t define the steps I needed to take to forgive someone, how would I know when I’d achieved them?