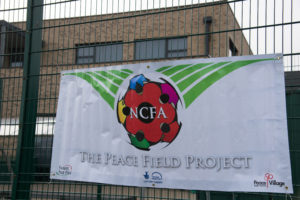 Football as a bridge to peace

Football as a Bridge to Peace.

Football is many things to many people but I wonder if you’ve ever thought of it in connection with peace. The National Children’s Football Alliance (NCFA) has set up a scheme whereby schools have the opportunity to twin designated areas of their sports field or area, with the Flanders Peace Field, Messines, Belgium which is the site of the 1914 Christmas Truce. Schools are invited to commemorate World War One and the Christmas Truces but also to celebrate peace through reflecting on a moment in history that inspires humanism. If you would like to find out more about the NCFA, click here to go to their website

The Forget Never – Sacrifice and Legacy Project is funded by the National Lottery Fund and was set up to commemorate the centenary of the final year of World War One and its legacy in Basildon, Essex and its two twin towns, Heiligenhaus, Germany and Meaux, France. It has joined with the NCFA, and six schools have signed up to the Peace Field Project – five schools from Basildon (Beauchamps High School, Woodlands School, Lee Chapel, Vange and Greensted Primary Schools) and Gesamtschule in Heiligenhaus. The five schools from Basildon are the first schools in Essex to sign up to the project. Later in February 2018, students from the six schools will meet in Messines, Belgium at the Peace Village and on 20th February, they will re-enact the Christmas Truce football kick-about. In attendance will be the ambassadors to Belgium from both Britain and Germany and we will remember a time during the bleak years of World War One when ordinary men – against the wishes of their superior officers – laid down their arms and shared a brief time when they reached out and explored their common humanity by showing each other photos of their families, exchanging gifts and taking part in a friendly game of football.

Shortly after that soldier-led truce, some officers ordered their men back to the trenches and it was to be more than three years before hostilities ceased. The lure of a football had been sufficient for men to overcome their fear of falling into a trap and their orders to kill. On 20th February, in Messines, we will use the football game to remember that even during conflict, humans carry with them the capacity to seek peace. As it says on the NCFA website, “…we are all brothers and sisters on a small and vulnerable planet. Peacemaking today is about building friendship. And sport is a wonderful bridge to building a better world.” 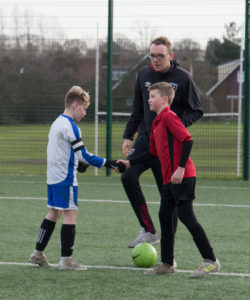 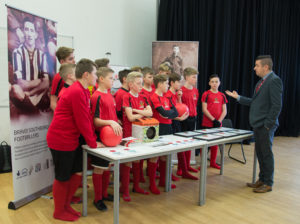