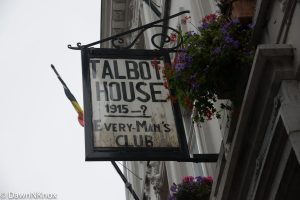 Talbot House – The Final Part of Our TocH Journey

A few months ago, my cousin, Dave and I went on a jaunt to London in search of Roman remains, you can see my post about it by clicking here

During our jaunt, Dave and I found Roman walls and a pavement, so our journey was successful but, we also unintentionally stumbled across the ‘Toc H Trail’! It started right at the beginning of our day, when we spotted an English Heritage blue plaque on a building in Cooper’s Row, between London Fenchurch Street and Tower Hill Underground Station. 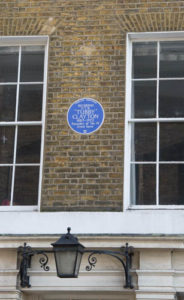 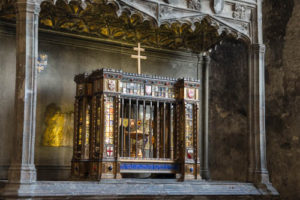 Toc H lamp in All Hallows by the Tower

The plaque commemorated Revd. PTB ‘Tubby’ Clayton, 1885-1972, Founder of TocH. Neither Dave nor I had heard of Tubby Clayton and although we had both heard of TocH, neither of us had much idea what it was. Dave had heard of the expression “Dim as a TocH lamp” and I knew that TocH was a Christian movement but we didn’t know about its World War One roots. Since we were in search of Roman remains, we simply read the plaque and then forgetting it, we walked to nearby All Hallows Church to look for the Roman pavement in the crypt. However, on entering the church, the first thing we saw was an effigy of Revd. Tubby Clayton. We discovered that he had become vicar of All Hallows in 1922 and remained there for forty years, until his retirement in 1962. And nearby, was a TocH lamp as well as the history of Talbot House and TocH.

We discovered that Tubby Clayton had been an army chaplain during the First World War and together with senior army chaplain, Neville Talbot, son of the Bishop of Winchester, he set up a club in Poperinghe, Belgium, near to Ypres. It was named Talbot House, in memory of Neville’s brother, Gilbert Talbot, who died during the fighting and it was a place for men of any rank to find peace and respite from the horrors of war. Toc H is the signallers code for Talbot House and eventually, after the war, Tubby carried on his charitable work which became the TocH movement.

Dave and I continued our tour of London, finding ourselves in Southwark Cathedral where we discovered the tomb of the Bishop of Winchester, next to which, was more information and reminders of Talbot House. It seemed that although our focus had been on the Romans, TocH had well and truly taken over our day!

A little while ago, my husband, mum, cousins and I went to Ypres to stay for a few days and finally, Dave and I had the opportunity to actually visit the house in Poperinghe. 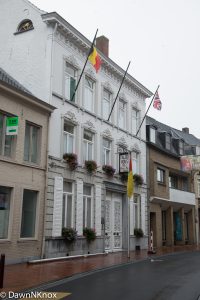 Chapel in the loft

The house is still as it was when the soldiers stayed there and we were able to visit all the floors, including the loft, where there is a chapel – as well as the gardens. There are more photos of Talbot House on my Flickr account, if you would like to see – just click here

For the soldiers, it must have been like spending a brief time in heaven, after the horrors which they experienced in the trenches of Flanders. 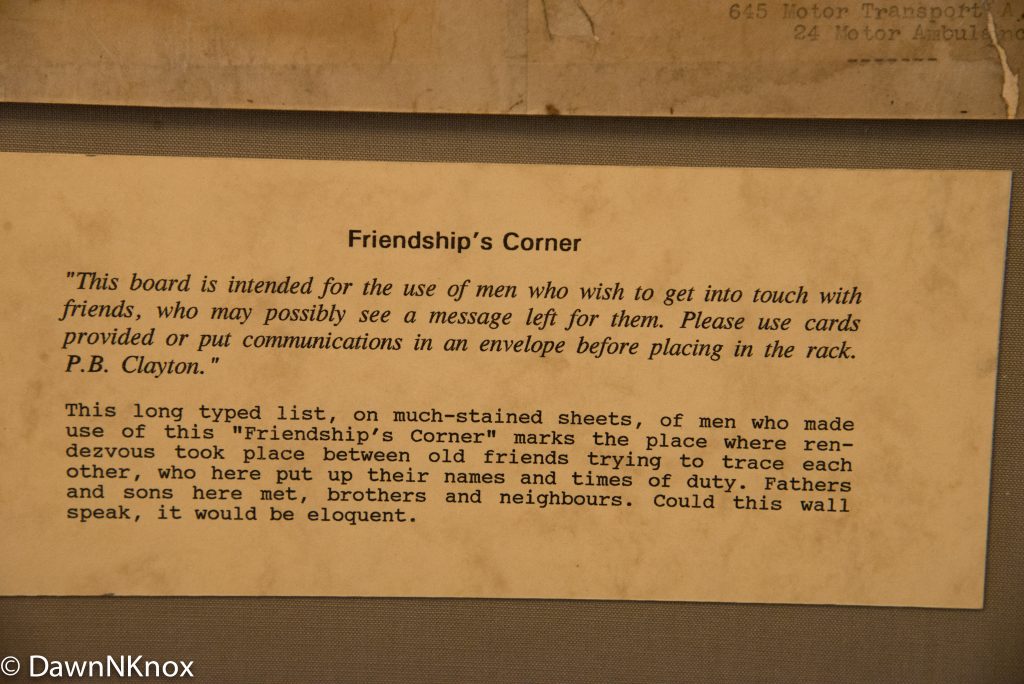 This notice board was, for me, a memorable part of the house and the final sentence touched me “Could this wall speak, it would be eloquent”. I couldn’t begin to imagine the stories behind the names that were typed on that list of men who were searching for friends or relatives. 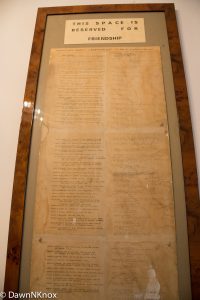 There were many artefacts on view – too many to recount, and the visit was a poignant reminder of the suffering of the soldiers during the First World War and Tubby Clayton’s compassion and love for those men.