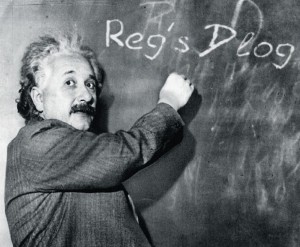 Do you like my new Dlog photo? In theory, it’s all relative.

Anyway, after my trip to Germany the other week, I’ve decided my life needs a shake up. It’s all very well being an author but it’s a lonely life and what’s more, no one seems to understand my writing. Someone has yet to invent a keyboard for dogs’ paws.

But, as I was saying, the Old ‘Uns took the Young Un and the Old Girl’s mum to Heiligenhaus, Germany, where the World War One script the Old Girl wrote was performed. I have to say, the actors from DOT Productions and the choirs did brilliantly. The whole performance went down very well and I thought to myself, If she can do it, so can I.

I haven’t actually written my script yet but I took careful note of how to direct a play and it looks dead simple. You can see me here, on stage, on the trench, next to the gun. 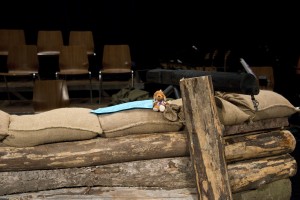 And here is one of the actors, Adam Elliott, checking out my directing abilities. I can see from his face that he’s impressed. 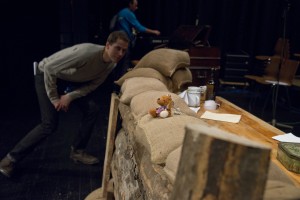 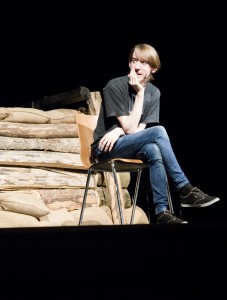 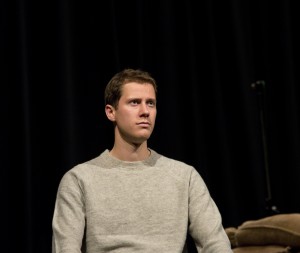 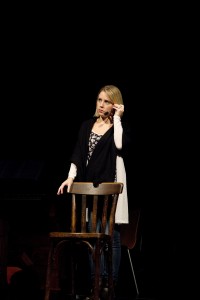 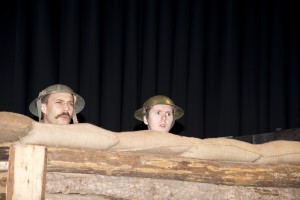 It all looked quite hard and I think it would be a distinct advantage to be able to read when learning lines. As I’m still a bit hazy about all that reading stuff, I gave up any thoughts I’d had of starring in my own play. Although there was one type of show that I thought I might be quite good at. As a bit of light relief after the proper rehearsal, the actors tried to convince the Old Girl they’d decided one of the scenes worked better with sock puppets and a Grim Reaper. 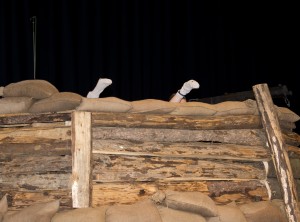 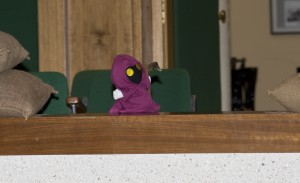 Anyway, I don’t think I’d be much good as an actor, even though I have the looks. But on my travels, I met a wonderful German actress and I’ve cast her in the leading role. Here I am with Heidi. And, now all I’ve got to do is to write a script. It should be a cinch. 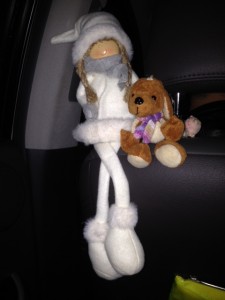 Obviously, it’s going to take me a few days to get the play up and running, so in the meantime, why not get hold of a copy of the Old Girl’s story ‘Daffodil and the Thin Place’? You can get it in ebook format here on the Muse It Up Publishing website as an ebook or as a paperback here. The choice is yours.