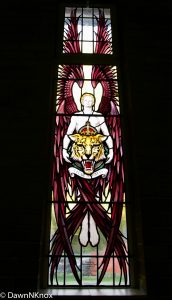 Just before Christmas, I was invited to write several romances set during World War Two and I’ve been busy ever since thinking, writing and researching. It was with that in mind that Jamie, Mum, Andrea, Dave and I set off on a family jaunt to RAF Biggin Hill Memorial Museum in Kent. The museum has undergone renovations and only opened the previous week, details can be found here if you would like to visit.

There are two airplanes outside the museum – a Hurricane and a Spitfire, both of which were flown by pilots out of Biggin Hill during World War Two. 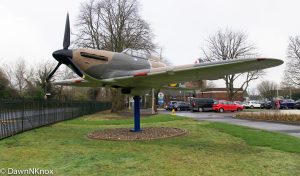 At the entrance, visitors are provided with a discovery tablet which features photographs, film and additional story-telling, enhancing the whole experience. Inside the museum, the collection tells the story of the airfield, the people who served there, the local community and its residents from 1916 to 1951. It focuses on the Battle of Britain, during which RAF Biggin Hill played a pivotal role. Many of the exhibits are personal and have been donated by people who served or lived at Biggin Hill, or their relatives. 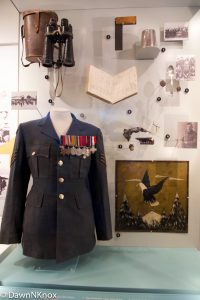 Next to the museum is St George’s RAF Chapel of Remembrance which contains many amazing stained glass windows and other objects related to remembrance of the fighter pilots who lost their lives flying from Biggin Hill sector during the Second World War.

I’ve now finished the first of the stories I’ve been asked to write and it will appear later in the year published by My Weekly Pocket Novels. The working title is “With All My Heart” although that’s not necessarily the title it will appear under. It tells the story of three Jewish refugees fleeing from Nazi Germany, and since it is part of the Plotland Saga, the characters also find themselves in Dunton Plotlands, Essex. I’m now half way through the second story, part of which also takes place in Dunton Plotlands. If you’d like to read the first book in the saga, you can find it here  or in the library. It’s a large print book. 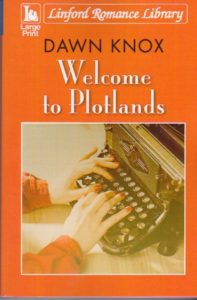 The next in the saga will be published in April 2019 and is called ‘A Touch of the Exotic’. More news as I have it!