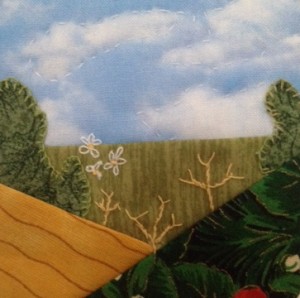 I have two minds.

One is rational, logical and sensible.

The other isn’t. The other mind is sensitive, vulnerable and easily bruised.

Usually, my rational, logical and sensible mind has the loudest voice but when I’ve been hurt, the other mind begins to speak, hesitantly at first, then more insistently.

When I am troubled, there is a constant, internal conversation between my two minds. My rational mind analyses, justifies and explains. My sensitive mind understands and agrees wholeheartedly, then it cries out in pain. And it keeps on crying. It understands the logical argument. It knows that others have far more to bear and it wants to let go of the hurt. But it can’t or it won’t.

Both minds belong to me. I should have the veto. But I don’t. If I had the power, I would force my sensitive mind to obey my rational mind. Initially, I would allow it to express itself and to give voice to its anguish. I would listen and I would hear. Everyone needs to be heard. After all, my sensitive mind is part of what makes me human.

But then, I would expect it to stop being self-indulgent. I expect it to hand the reins over to my rational mind so I can be whole for those who love me and rely on me. I would like some peace.

How do you quieten your sensitive mind?