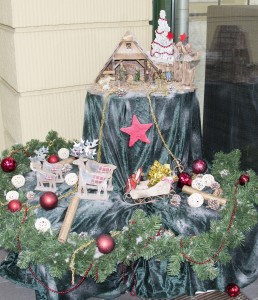 Christmas Eve on the High Street

Like a rock in a river, he stood, while shoppers flowed around him, their faces resolute and haunted. No one acknowledged him. Their eyes darted this way and that, as they sought the quickest route into each shop.

Well, there was so much to do on Christmas Eve.

A young girl stopped in front of him and looked up silently, with questioning eyes, before her mother seized her hand and dragged her back into the crowd.

They’d celebrate his birthday tomorrow or that’s what they would claim to be doing. In reality, they didn’t want to know him at all.