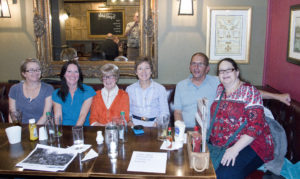 Brits meet the US side of the Jacobs family!

This year, has been wonderful for meeting new members of my family. No, we didn’t have a lot of new births, as far as I’m aware – the ‘new’ members are simply people I’ve never met before, and until this year – was unaware of.

I discovered that my great, great uncle Meyer emigrated to Canada and his family subsequently moved to USA. His great, great, great grandson’s wife Steph and I linked up on Ancestry.com and in June, Jim and Steph came to England briefly with Steph’s father. We were able to meet them all shortly after they’d landed in London and before they rushed off to Scotland to visit members of Steph’s family. It was amazing to see how similar Jim looked to my uncle Maurie.

A few weeks before that, we had our first family picnic in a park in Clare, near Sudbury, Suffolk, where I have an aunt and uncle, as well as lots of cousins. There were many people at the picnic who I hadn’t met before and I hope that we’ll be able to meet up again in 2017. 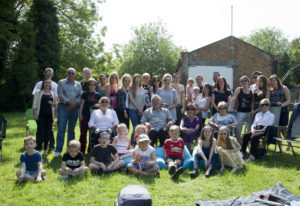 As well as linking up with my American family on Ancestry.com, I also found members of two other families. On July 13 2016, as part of our Forget Never – The Somme project, we held a cricket match against Wickford Cricket Club in honour of one of their players who died at the Somme – Richard Bartlett. We wanted to find members of his family to present the trophy and finally, someone responded to our appeal on Facebook. Members of the Bartlett family were in attendance at the cricket match, which, incidentally, our side won! If you’d like to see some photos of the match click here to go to the Forget Never – The Somme blog. 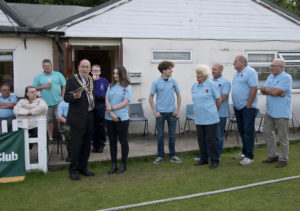 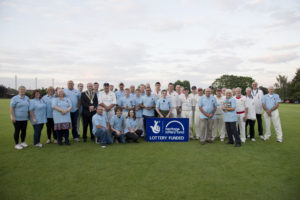 The other people we found, belong to the family of Wickford World War One soldier, George Burnett, who interestingly also played for Wickford Cricket Club but who died early after the outbreak of war in 1914. George Burnett is one of the ‘three sons’ – the British soldier – who appears in our World War One play, ‘THE SONS OF THREE COUNTRIES REMEMBERED’. Suzanne Vallin, the daughter of the French serviceman, Louis Vallin, attended the play’s first performance in Basildon, in 2014, and its second performance in Heiligenhaus in 2015. She was joined in 2015 by a relative of the third ‘son’, German serviceman, Albert Kiekert. When the 2016 performance was planned to take place in Meaux, France, I very much wanted to find a relative of our man, George Burnett and after a bit of detective work on Ancestry.com, I finally found Karen and Jill who are related to him and I was thrilled when they agreed to come to Meaux to see the performance. Unfortunately, Herr Kiekert couldn’t make it to Meaux on that day but I’m keeping my fingers crossed that in 2017, when ‘THE SONS OF THREE COUNTRIES REMEMBERED’ is performed in Basildon, representatives of each of the ‘sons of three countries’ will be there with us. 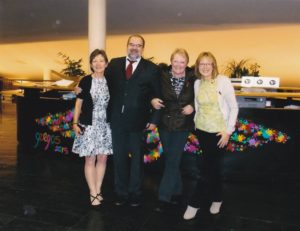 From left to right, me, Thomas, Karen and Jill (descendants of George Burnett) 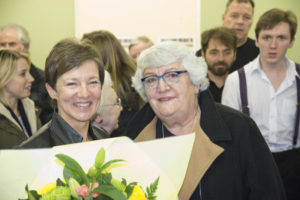 Suzanne Vallin and me at the front 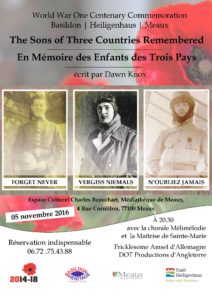 Have you found any ‘new’ members of your family this year?