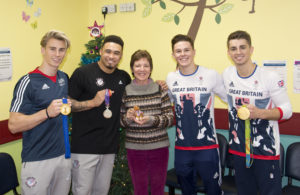 Yes, I know the BBC Sports Personality of the Year has been announced and I’m sure Andy Murray was a worthy winner but he wasn’t my first choice. If it had been up to me, Max Whitlock, the Olympic gymnast would have won. And not only that, but I’d have had allowed him to tie with three of his team mates – Brinn Bevan, Jay Thompson and Reiss Beckford. 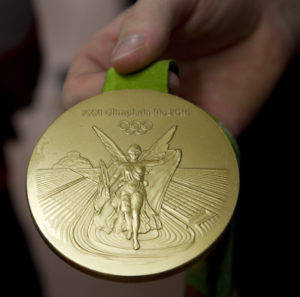 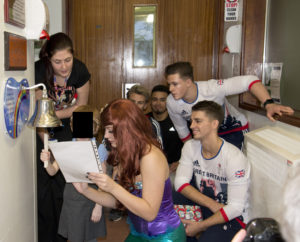 I had the pleasure of meeting the lads at Basildon Hospital just before Christmas where they were helping MP Stephen Metcalfe to distribute Christmas presents in the children’s wards. Stephen had appealed for donations and over £1000 was collected. Members of Basildon Borough Twinning Association had great fun buying the presents and wrapping them ready to be given out to children who were in Basildon hospital. 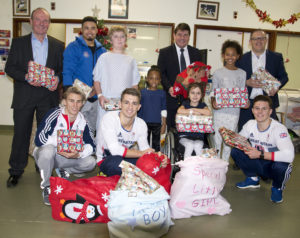 The gymnasts with MP Stephen Metcalfe, hospital staff and patients 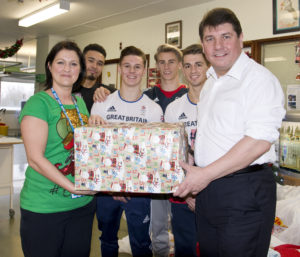 The gymnasts with MP Stephen Metcalfe, hospital staff and patients

I was so impressed with the gymnasts who talked to children and members of staff as well as posing tirelessly with everyone – the smiles as fresh and enthusiastic in each photo as in the previous. And their faces were a picture when we all witnessed a young girl ringing the bell to announce to the world that her chemotherapy course had finished.

Brinn Bevan also came to the Forget Never – The Somme Exhibition at Wat Tyler Country Park, Pitsea on 19th November 2016 and took part in a demonstration of a fitness workout that new recruits to the British army would have experienced during the First World War. He uncovered the Sport Remembers plaque dedicated to those from the world of sport who died during the Battle of the Somme, with Basildon Mayor, David Harrison. Click here to see more about the Forget Never – The Somme World War One exhibition 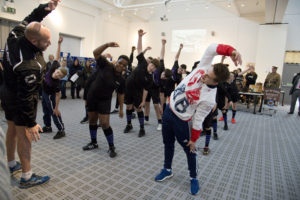 Brinn is put through his paces 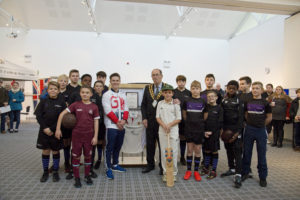 So, thank you to Max Whitlock, Brinn Bevan, Jay Thompson and Reiss Beckford – you are all my Sports Personalities of 2016. And may you have all the luck for for everything you do in 2017.