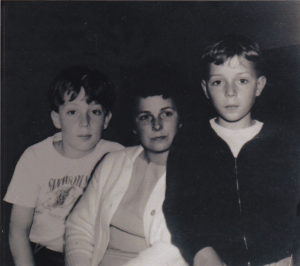 James (son) on left, Audrey (mother in law) in middle and Jamie (husband) on right

This morning, not for the first time, I was annoyed by my inability to remember which British King Edward was which (monarch, not potato!) and which British King George was which. Yet again, I marvelled at my complete lack of ability to differentiate Edwards from Edwards, Georges from Georges and in some instances, Edwards from Georges! I wished the various royal houses had been a bit more adventurous with the names of their children, instead of recycling first names.

And then the irony struck me. I’d done exactly the same thing! My son, James, is the first (and only) son of my husband, James, who was the eldest son of James, also the eldest son of James… and so it went on back through the generations. I suppose it’s fortunate I don’t need to remember which number husband and son are in the line.

But interestingly, you can see from the photo that both my James are rather similar. Of course, it has been manipulated in photo-editing software because they were never the same age at the same time! The original photo was of James (husband) on the right and his mum. James, our son was inserted into the photo on the left. It’s a spooky little photo but it’s interesting to see how similar they looked at the same age.

Have you any first names that occur regularly from generation to generation?