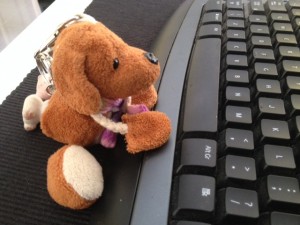 Yes, I’m back! It’s me, Reg. I’ve hacked the Old Girl’s blog and until she finds out, it’s been converted to Reg’s Dlog.

So, where have I been since the Old Girl removed access to her blog? Well, too many places for one dlog but I thought I’d tell you about my latest travels through Europe. Not through all of Europe, obviously –  I was only away for a week – but we did take in France, Switzerland and Italy. 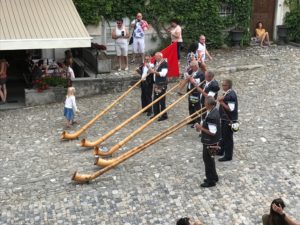 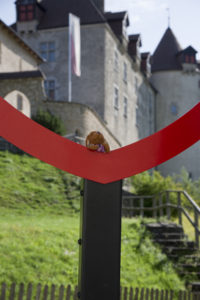 Reg at the Castle of Gruyere 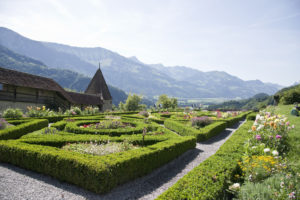 We arrived in France via the Eurotunnel quite late in the evening and spent our first night in a hotel near Calais. Nothing much to report about that really. But it gave us an early start the next morning and the Old Boy drove to Gruyeres in Switzerland. It probably wouldn’t have been the Young ‘Un’s first choice for a stop over because he can’t stand cheese nor the smell of it, but sometimes you have to just put up with things, especially when someone else is driving. By the way, just in case you think I’ve misspelled ‘Gruyeres’, some signs said ‘Gruyere’ and some said ‘Gruyeres’, so I’m hedging my bets. If anyone knows the correct spelling, please let me know. Anyway, it was a lovely village with a castle and with men roaming round with what I first thought were drainpipes although they turned out to be alpenhorns. All the animals had bells round their necks which meant they can’t creep up on you without you knowing. Useful, but I suspect that after some time, they could seriously get on your nerves. 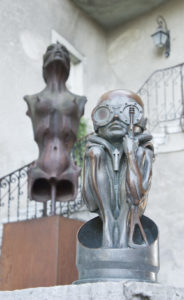 Exhibits outside the HR Giger Museum 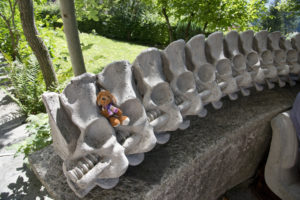 Reg outside the HR Giger Museum

And talking about creeping – well, creepy, really, we went to a bizarre museum. The H.R. Giger Museum which is full of … well, frankly, quite weird stuff. Mr. Giger is a famous Swiss artist who was the Oscar-winning designer of the movie ‘Alien’. Peeking into the mind of Mr. Giger was a revelation, I can tell you! The Old Boy loved it – even the ghastly babies faces that seemed to be coming out of the wall. There were lots of things that looked like vertebral columns, enormous chairs that looked like they’d eat you and women with nasty, pointy bits.

More to my taste was the art in the castle – more fantasy and surreal. If you want a look, check this website out Art at the Gruyere Castle and this website about the artist Patrick Woodroffe whose pictures lined a wonderful spiral staircase in a round tower. The were like large transparencies and were lit from behind making them glow.

After a lovely stop off in northern Italy to celebrate the Old Boy’s brother’s wife’s birthday, we went to Venice. We saw all the usual stuff – the Doge’s Palace, gondolas, the Rialto Bridge which prompted the Old Girl to quote Shakespeare. Well, a bit of it anyway. Apparently it was the first piece of Shakespeare she had to learn at school and it had stuck in her mind. Well, as I said, a bit of it. In fact not enough to make any sense of. I googled it and apparently, it was Shylock speaking in The Merchant of Venice and it starts ‘… many a time and oft in the Rialto you have rated me about my moneys and my usances…’ That was all she could remember which was just as well because I didn’t know what she was talking about anyway and I suspect it would only have gone downhill from there. A bit later, I wished I hadn’t laughed at her Shakespeare because she wouldn’t let me forget my little error. Well how was I to know it was the Bridge of Sighs and not the Bridge of Size? It is only small. 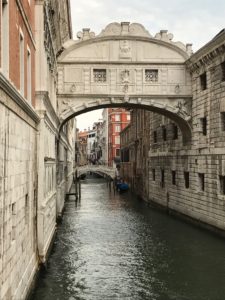 Bridge of Sighs, not Size 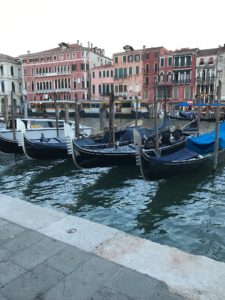 Gondolas on the canal 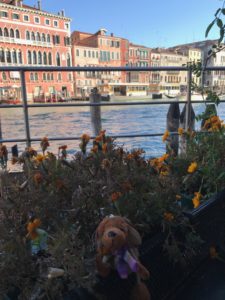 Reg in front of the Grand Canal 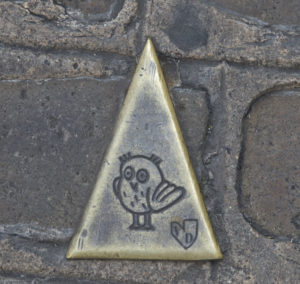 On our way home, we stopped overnight in Dijon which we explored the following day. There was a trail marked by owls in the pavement. I’m not sure what the significance of the owl was but they were easy to follow. This street name made me laugh – Place Francois Rude. Yes, childish I know. 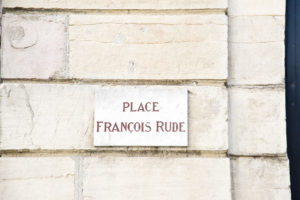 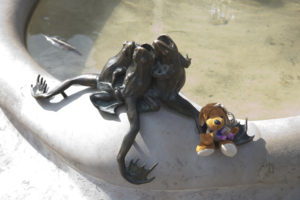 I hung around the frogs for a while waiting to see if anyone would kiss them. No one did. But princes are over rated. And if they’re not the right kind of frog, you can end up with warts, so probably passers by did the wisest thing and just ignored them.

Anyway, our mini European trip was all very lovely until the return journey. 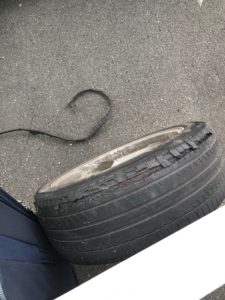 We got within 15 miles of Calais and the tyre blew on the car. The strip which came off the tyre wrapped itself around the handbrake cable and tore that off. The Old Boy changed the tyre on the motorway’s hard shoulder while the Old Girl, Old Girl’s Old Girl, the Young ‘Un and I stood in a line behind the crash barrier dressed in hi-viz jackets like ducks in a shooting gallery. It was lucky that no one veered off the motorway because behind us was a water-filled ditch, beyond that, a bank of stinging nettles and beyond that, a steep drop. So, leaping into that would have been wet, painful and deadly. Anyway, we finally got home although it took many more hours than anticipated. The first recovery vehicle took us from just outside the Eurotunnel to Maidstone Service Station, which apparently is 50km. He dropped us there and we had to wait two hours for another recovery vehicle. Thankfully, the driver of the next recovery vehicle didn’t just drop us off at Thurrock Services (50km from Maidstone) to wait for a third recovery vehicle to take us on the final leg home. Rather than abandon us as he was supposed to do, he carried on and took us to the door. What a lovely man. But I did make a few friends at Maidstone Service Station and I almost got a lift home but I wouldn’t have been able to manage opening the front door on my own so I thought it best to wait for the others. 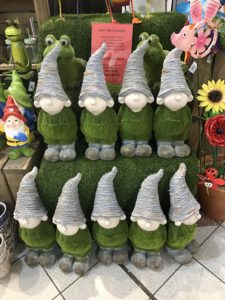 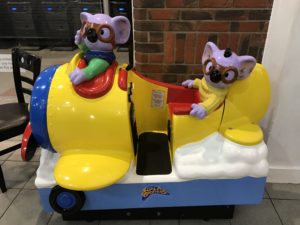 Reg almost had a lift home

But overall, my European trip was really good!

Well, I might be back – I might not. It depends on whether the Old Girl can get her blog back!