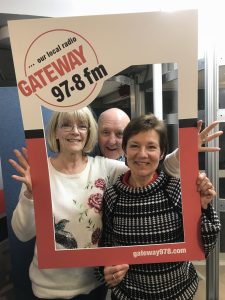 Jacqui, Peter and me in a Gateway 97.8fm frame!

Visits to Gateway 97.8fm Radio
I was recently very lucky to be invited to be on Basildon’s Gateway 97.9fm radio on two consecutive Wednesday afternoons with host Jacqui James and her team – Steve and Peter. My first time was on Wednesday 04 April 2018 and I was invited on to talk about my collection of short stories, EXTRAORDINARY, and to read out a short story from the book, after the three o’clock news. 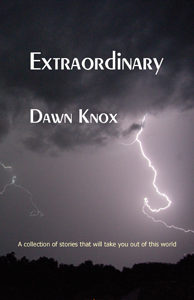 Unfortunately all of the stories except one were slightly too long for the time slot available. However, that particular story probably wasn’t a good choice for a Wednesday afternoon during school holidays since it featured a rather unusual fairy (no spoilers here!) Instead, I read out two stories which had been accepted for an anthology entitled ‘ESSEX BELONGS TO US’, assembled by Malcolm Burgess and Heather Reyes and published by them in 2017.

Essex Belongs to Us book

On my first visit, I read a story called ‘TO BE A MUNITIONETTE’ which is a fictional story of a girl who worked at the Pitsea Explosives Factory during World War One. I tried to keep the facts used in the story as accurate as I could so it gave some information about what it was like to be a munitionette and the conditions that the factory employees worked under. The site of the old factory was in what is now Wat Tyler Country Park, Pitsea and there is a trail around which you can walk and still see remains of what was once a thriving factory providing cordite and explosives for our troops at the Front during World War One.

During my second visit to the radio studios, I read the other story which appears in ‘ESSEX BELONGS TO US’ which is called ‘A PLOTLAND TALE’ and is a story about an elderly woman who returns to what had been her home in Dunton Plotlands. Again, I tried to be faithful to the facts about that area during the 1930s, up to the Second World War.

Jacqui James was the host of the Wednesday afternoon programme on Gateway 97.8fm and she made me very welcome, as did Steve and Peter, who were working with her to broadcast the show. There was a great atmosphere in the studio and I learned about Faberge eggs and the age of fruit before it reaches the supermarket shelves! And, apparently my first trip coincided with National Rat Day, hence the rat on the desk! 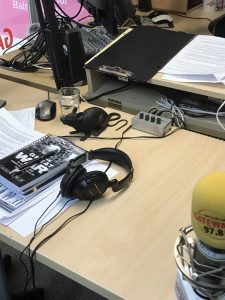 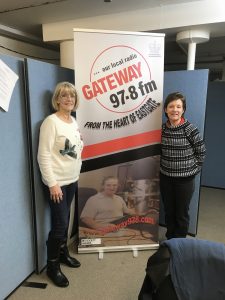 Thanks to Basildon’s local radio, Gateway 97.8fm, Jacqui, Steve and Peter for making me so welcome!

If you’d like a copy of ‘ESSEX BELONGS TO US’, you can find it here on Amazon

If you’d like to find out what was so different about the fairy in the short story in ‘EXTRAORDINARY’, you can find it here on Amazon along with ten other short stories.