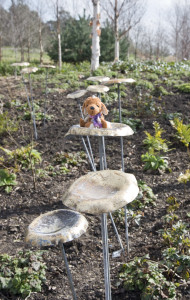 Reg on some garden ornaments

Last week, the Old ‘Uns took me to RHS Hyde Hall, Rettendon, Essex. The sky was blue, the daffodils were out and all was perfect until the Old Girl realised she’d lost her lens cap. We never found it but we did find some splendid scarecrows and one was even scary. 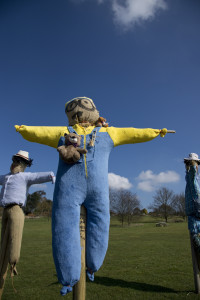 Reg on a Minion scarecrow 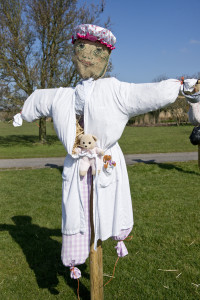 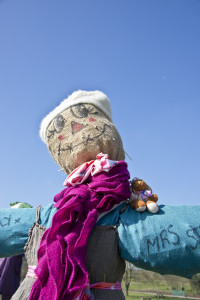 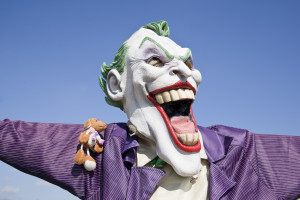 No joke! A scary scarecrow

The Old Girl is a bit afraid of bees. Don’t get me wrong, she likes them, but she just doesn’t like to be up close and personal. She wanted to get a photo of one who was busy on the flowers but she was reluctant to get too near.
‘What’s the worst that could happen?’ I asked her.

Apparently, it was losing her lens cap. I think it dropped out of her pocket when she bent down to get that shot.

Although it could have been when I was investigating these daffodils that looked like they’d had a shock. Perhaps they’d seen the scarecrow. 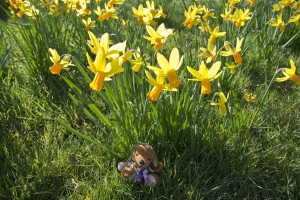 Or indeed, it could have been when she took this one. She’s only small but she had to get down low for this one. 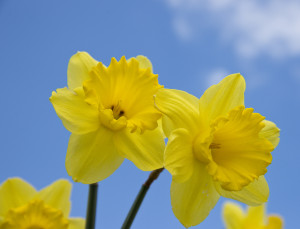 And while I’m on the subject of daffodils, if you want a book about one particular daffodil, how about DAFFODIL AND THE THIN PLACE? You can get it as an ebook from the Muse it Up Publishing site here and it’s available from other ebook retailers. You can also get it in paperback format from Amazon, here.